I wanted to give you the readers of this Blog a little shout out of Appreciation! Thank You for stopping by, I really appreciate the company. It’s as if you are visiting my world, and I feel as if I have friends in several parts of the globe, how nice. I’m grateful that you come by. I really appreciate those of you that comment. Comments and feedback and interaction really make blogging fun! I also appreciate the Lookie Lou’s and the peek a boo’s the ones who come by in a whoosh and are gone with out a word. I see you! :+) Thank You as well. Maybe someday you will also jump in, really the waters fine, and I promise not to bite. I took this picture of this sign at the cherry Blossom Festival it’s an old sign and has been probably hanging on their wall a very long time. 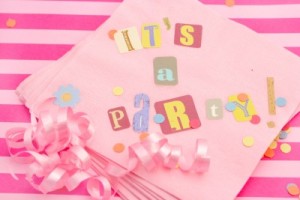 Joy and Nikki and Sue are having a Party!!!

Link to more about Party.Joys One year Blogging Anniversary Party. WOW One year that is a mile stone. Ive only been blogging for a few months and I can’t imagine blogging for a whole year! Back to the Party, I am really looking forward to this knowing the girls and how much fun they are you can bet this is going to be a Blast! Sorry about the short notice. The Party is March 30th Monday. If you can send her a pictures of some cute jammies and snack recipe and music and a movie if you would like. She would like that by the 28. Or just show up the more the merrier. I still need to send her a picture of my jammies. The blogging party will go into the night. an all niter, there will be a bonfire and tunes, anyway you can tell I’m excited. Hope to see you there!!! Happy Anniversary to the Joy Nikki and Sue. I Love Your Blogg!!!

Nibbles lost in the woods click below for movie.

CLICK HERE TO SEE THE ADVENTURES OF NIBBLES IN MONTANA!

Neon Video Art Pick. The other morning I was on a search, no a quest for brightly colored neon Art. I had in my mind an idea, basically there were to many gray days in row, and I needed a break from the dismal battleship gray. So began my search, I found that neon is often accompanied by bumping techno music or flashing lights not exactly what I was looking for. Also in my several hour exploration of the word neon, found a kid breaking neon bulbs throwing them at a car in his neighborhood and then riding off on his skateboard, Bad kid. There a lot of videos of neon color under cars and in computers, I also found videos on how to make neon including one kinda cool one making neon in a mountain dew bottle. It’s funny how you can take one word on the internet and go crazy with it.

Good morning, I opened the curtain this morning and Holy Cow it snowed a Ton last night. White, fluffy, super soft, perfect snow for skiing. I may have  to put off the job search, one more day. At this point the competition for job’s is tough. Around here the unemployment is very high. Ive been going back and forth as far as what to do. Even tossing around the idea of going to school. I must confess here and now that I have been having a long drawn out mid life crisis, so long in fact it has become part of my persona. It started back when I hit 25, I called it my quarter life crisis’s and basically, it has been the under tone of my life ,not knowing what to do for a career, so just doing a lot of odd jobs and than a few very odd jobs like taking thorns off of roses for the rose lady’s, delivering phone books, shoveling horse pucky that was only for a day, what a gross job that is but looks impressive on a resume Horse Stall Sanitarian, I  sold news paper subscription(that’s how met my husband but that’s whole different story.) The list is endless and then to make things worse I did an on line test to find out what career I would be suited for, filling out pages and pages of question’s .The big final Ta Da moment was #1 Astronaut and #2 Carpenter #3 heavy equipment operator. What! Are you kidding  me?  Astronaut that’s not what I want to hear, go to astronaut school, maybe it was that question when they said could you spend hours alone and be OK with it, ya that doesn’t bother me but astronaut ?That’s as good as you can give me. How is that helpful? And heavy equipment operator I am a bit ambidextrous and I did use to juggle, I don’t remember a juggling question, anyway, and last but not least carpenter. This one falls in line with odd strange jobs that I have already done and it was actually kind of cool. I had a friend in town who was going to build a garage I was again looking for work and he asked would I like to help build it. I think the fact I had no experience actually got me the job. He was the kind of Guy that didn’t like to talk much and he didn’t want someone questioning what he was doing. Any way long story short I took the job and it was actually super fun. We didn’t have nail guns so swinging a heavy hammer was exhilarating at first just trying to not miss the nail. But after a few weeks I became pretty good and the bang bang bang bang of building a garage ,that was cool. To this day I drive by the garage and marvel at our handy work it’s so hard for me to imagine it’s even possible to build something from the ground  up like a structure and have it still standing and not leaning. Anyway you can see my delima. There’s a gardening job I may call on today after I go skiing glad I have my priority right, shoot, anyway I would like to learn more about growing food. I use to tend a few flower gardens but I think growing food is a good thing to know especially in this Happy Economic Down Turn. The news yesterday was driving me nut’s it was as if they were reporting yes we are going to Hell in hand basket folks, even Donald Trump announcing oh it’s bad , it’s really really bad . For heavens sakes Stop It. We know it’s  bad, we are all concerned so just stop it. I’m going skiing I’ll see you guys tomorrow have a great day I’m sorry your not going with me, maybe I’ll take pictures. Oh and If I could have had any job in the world secretly I think it would have been nice to be a professional ice skater, that’s close to Astronaut and Heavy Equipment operator oh brother. If you could do it all over again what would your secret Fantasy job be?

Lots of snow in trees.

Good Morning! Coffee hasn’t kicked in yet. I slept in this am,  my dog was sick last night I was up off and all night as was she. She has Addison’s disease, she was diagnosed a couple of years ago. It’s something that with a fair amount of medication is pretty treatable. She does pretty well most of the time except for every once in a while she gets sick for a few days to a week.Poor kid. Of course she is super smart and super cute, did I mention how smart she is? If you have a pet or have had a pet than you know how dear they can be to our lives. Here’s a link if your curious about Addison. Maybe I’ll post a picture of her too.

Let see tomorrows  Saturday, so if your working today have a wonderful weekend and I’ll hopefully see you on Monday . I wish we could have a real WordPress party, wouldn’t that be fun like a convention center party  or something where people came from all over the word and you could wear a little blogger badge. Like mine would be name is Starlachat. Anyway I’ll do my best with what is ,which is, I’m in Montana, Winters winding down, I’ll probably do a little cross country skiing today the sun’s out. When the suns out it’s always a Celebration as there are a fair amount of gray days. I think Monday I will post a crab cake recipe that I saw Paula D and Al Rouker make on the Today show. Boy they sure had a case of the giggles while they were cooking. I might look for some music to post on Monday as well just cause. If I can figure out how to do that. Any way Have a Great Day. If you watch the Oscars have fun with that and stop by on Monday to say Hi and  don’t forget your name badge. I’m silly huh oh well I yam what I yam! Oh feel free if you feel like it , to post recipes or music links .Thanks.

Yesterday I felt like taking my toys and going home. Bloggers tantrum.Nobody like me. OK I have one friend actually two Doraz and Gary thank you both for that I sure appreciate that. As a kid I use to move from school to school never really time to fit in, I was on to the next school. Funny I have another blog and had 54 views huh blogging is funny once you think you have the stats figured out it changes. As I get older the thought of why, why carry around emotional baggage that’s so old, so hurtful and really has no function. A few old family baggage hurts.Why? Habit? Do some pains become a part of my persona? How sad. As I get older the desire to make peace with it all even the parts that hurt the worst. I realize what I make peace with becomes freedom. I feel. Less encumbered and as I get older the desire for freedom, joy, peace are strong. I think maybe it’s like going to the dentist, I was terrified of going to the dentist but recently going and having  some much needed  dental work was extremely difficult but in the end healthy, freeing and exhilarating. I thinking being willing to let go of past hurts and things that knot up the stomach, in the long run can be freeing and who knows maybe like the dentist exhilarating in the long run. Like Rocky running up the steps. I will ponder this thought.